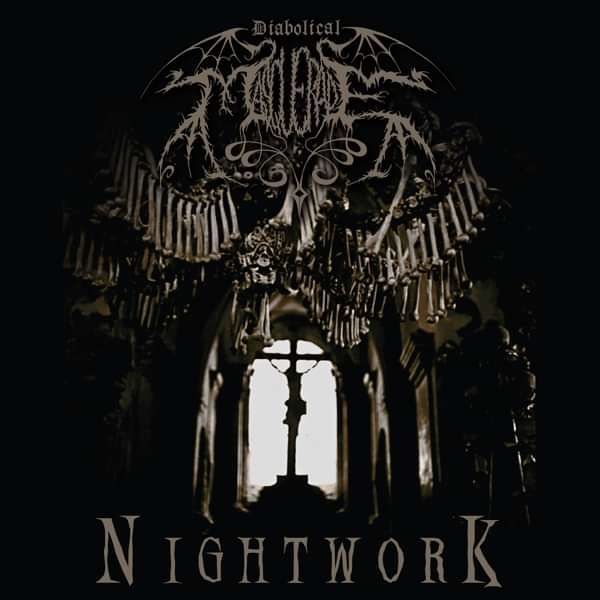 ‘Nightwork’ was the third album by Diabolical Masquerade. It was recorded at The Sanctuary in April 1998 and saw a release later that year. The album was produced by Dan Swanö (Opeth, Katatonia) and Blakkheim. Although a solo-project, Blakkheim enlisted the help of Dan Swanö to perform the drums, as well as contributing with some keyboards and backing vocals.

Diabolical Masquerade was based primarily around symphonic/melodic black metal; creating eerie atmospheres through keyboards and utilizing more high energy & technical compositions than those of his main band, with complex patterns of riffs and hooks. This particular album saw a greater integration of synths than previously, to convey a strong horror theme. To further expand this atmosphere, cello and flute were also incorporated.