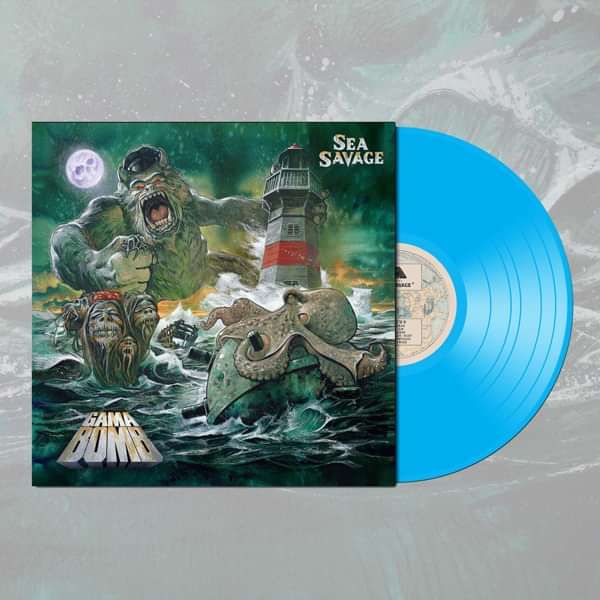 Inspired by Victorian horror and maritime adventures such as Moby Dick, Sea Savage is presented as a 19th Century play, with Act One and Act Two playing out on side A and side B of the record respectively. The pelagic tale follows the crew of the steamer ‘S.S. Gama Bomb’ as they voyage in search of a real-life Yeti, only to go slowly mad on the high seas. It also features songs about 80s and 90s movies, because GAMA BOMB cannot help themselves.

Sea Savage was produced by the band’s own lead guitarist Domo Dixon, with the band members recording remotely in Dublin and Newry, Ireland, as well as London and Warsaw throughout spring and summer 2020. The album was then mixed and mastered by Zack Ohren (Testament, Carcass) in California, using analog ‘80s equipment to match the old-school metal vibe.