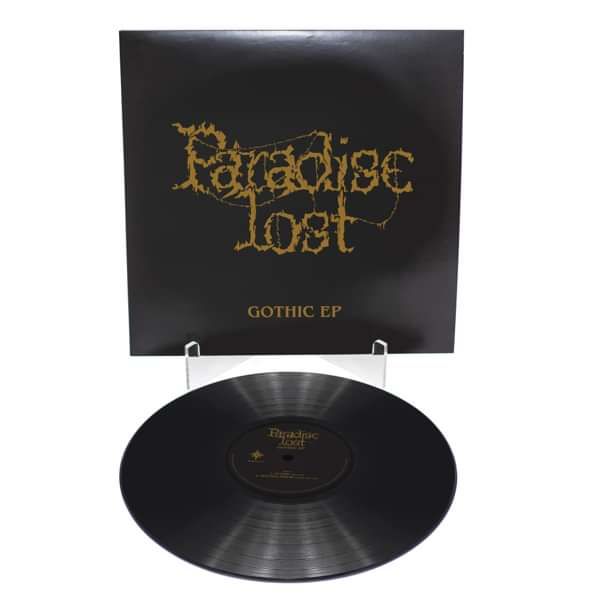 'Gothic EP' was originally released in 1994 and combined the tracks from the 1990 'In Dub' two track 12" release bookended by alternate studio remixes from the 'Gothic' studio album. The two tracks which formerly featured on the studio debut received extensive remixing and all new arrangements in the shape of 'Rotting Misery (Doom Dub)' and 'Breeding Fear (Demolition Dub)'.

This edition of 'Gothic EP' is presented on black vinyl with design-work from the original 1994 CD release.

Side B
1. Breeding Fear (Demolition Dub)
2. The Painless (Mix)