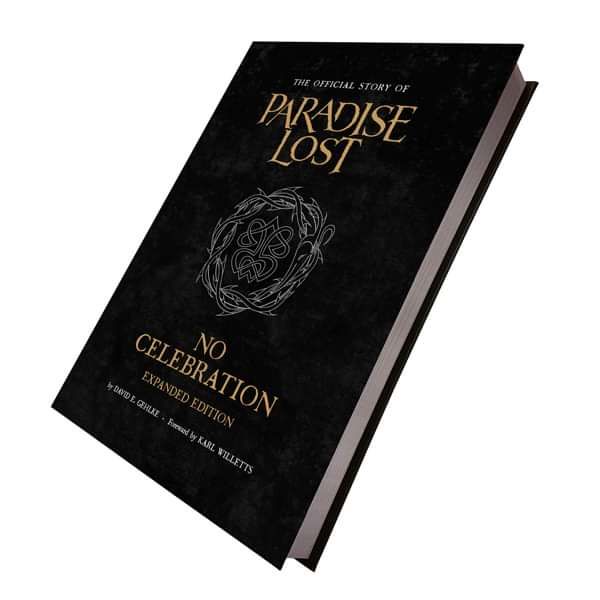 The fascinating story of the ever-evolving masters of doom and gothic metal, Paradise Lost, is finally told with full cooperation with the band themselves. Created by author David E. Gehlke, this mighty tome is built around in-depth interviews with the core members of this pioneering English group, Greg Mackintosh, Nick Holmes, Aaron Aedy and Steve Edmondson – as well as past members Matthew ‘Tuds’ Archer, Lee Morris and Adrian Erlandsson. Together with their insights the author follows the group through the highs and lows of their remarkable 30 year career in detailed and candid fashion, exploring their musical shifts and the challenges of keeping a band alive for over three decades.

The book includes illustrations and photos throughout, many exclusive, and features additional written contributions from those who have worked most closely with the band, including their producers, insiders at labels such as Peaceville, Music for Nations and Century Media, and members of such iconic bands as My Dying Bride, Anathema, Katatonia, Bloodbath, Within Temptation and Septicflesh, not to mention a foreword from Bolt Thrower/Memoriam frontman Karl Willetts.

Originally released in the US in 2019 where it was available exclusively from Decibel’s webstore in a limited run of 1000 copies, this expanded edition makes the work available worldwide. Completely redesigned, it is also expanded to include 60 pages of extra text, including a new chapter and period interviews from the 90s, as well as a new colour/gloss photo gallery.